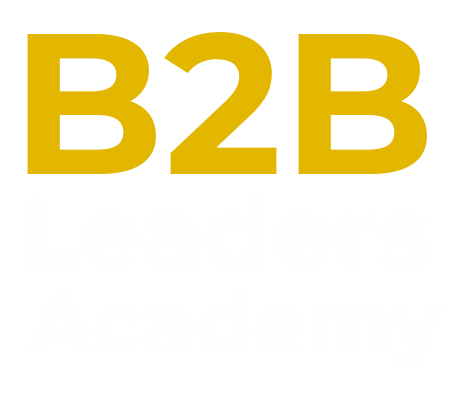 Leading Through Relationships with Kirk Hornbaker

In this episode of The B2B Leadership Podcast, best-selling author and leadership coach Nils Vinje introduces Secureworks Former VP of Customer Success, Kirk Hornbaker.
In this episode...
0:49 - Kirk's background - Kirk briefly outlines his background, including a company transition from managed services to a SaaS-based offering, then breaks down his first leadership role.
3:44 - Preparing for leadership - What things should you be focusing on first in the initial stages of a leadership role?
5:04 - Managing people with more experience than you - The same steps that prepare you for leadership can also help with more unique situations once you've landed a leadership role.
6:22 - Building off of successes - The stepping stone from the beginning of leadership to beyond can be traced back to a necessary set of soft skills that will work in any leadership role you take on.
8:27 - A meaningful promotion - Kirk explains a promotion from VP to SVP, now being responsible for 350+ people.
12:18 - Building a relationship with someone you don't align with - Some of the best relationships can start rocky, but a couple of recommended rules of the road can make this process simpler.
15:09 - Learning the art of social connection - Learning how others interpret your words, behaviors, and actions helps you calibrate your behaviors going forward.
20:19 - What to look for when interviewing leaders - Kirk considers his approach to be on the 'new school' side of things and getting the right fit up-front.
23:10 - What advice would you give your past self? - It starts with slowing down and observing, then implementing a few weekly disciplines.

Connect with Kirk Hornbaker at https://www.linkedin.com/in/kirk-hornbaker/

Relationships are important to everyone. It leads you to places you have never been. It allows you to maximize the opportunities around you.

As for Kirk Hornbaker, building relationships has been the foundation of his success in his career and personal life.

In this episode, Kirk talked about how he got into a leadership role through building relationships.

Keep reading to learn more about leadership from a different perspective as Kirk shares his leadership experiences, expertise, and advice.

Kirk Hornbaker's first leadership role was in 1993. He was working for a computer services company in the Washington DC area when one of the vendors that they used told him about a job opportunity that would allow him and his wife to move back to their hometown.

It was a small merchant acquiring a business that had just spun off from a very large national bank. They brought Kirk in to stand up the very first Network Operations Center and transition the management of the merchant acquiring platform away from the bank and over to this newly formed company.

Kirk just spent two years at a publicly-traded company that was making the transition from managed services to a SaaS-based offering. During that time, Kirk led the effort to create a customer success team.

He admits that it was challenging to shift from managed services to SaaS. They had to do a lot of things to make the transition successful.

Kirk had always wanted to lead people. When he was an individual contributor, he was always focused on building relationships which he believes is the foundation to his success, not only in his career but in his personal life.

Through those relationships, Kirk was able to foster cross-team collaboration and was able to influence and negotiate to get through the interview process.

Managing people with more experience than you

When Kirk started working in the new company, he noticed that every single person that worked for him at that time was ten plus years older than him.

In order to manage people with more experience than him, Kirk had to establish relationships with them.

Kirk gained their trust and respect by being genuine in his approach. He listened to each and every one of them to understand the current situation that they were in. He showed that he was not afraid to roll up his sleeves.

Building off of successes

That particular team that Kirk managed ended up being one of the most loyal and dedicated teams that he has had to date. Many of those people who worked for him for two decades are still his great friends.

It all comes down to establishing great relationships with each and every one of your people. The connections you build remain intact even if you're no longer working with each other.

Appreciated teammates go the extra mile. This is the motto that Kirk lives by.

Kirk had numerous promotions throughout his career. The most meaningful promotion he had was when he moved up from VP to SVP in that same company.

He had to manage more than three hundred people when the executive leadership team decided to take all of the various implementation teams across payments and merchant acquiring and put them underneath his leadership to improve upon the customer experience to drive process efficiency, cost containment, and scale.

This promotion became possible for Kirk because of the relationships that he had established and his ability to collaborate and create an environment for cross-team collaboration.

You have to have the relationships in place and the ability to collaborate, influence, and negotiate for the betterment of your employee experience and customer experience.

You have to focus on both employee experience and customer experience to get there.

Building a relationship with someone you don't align with

Several relationships started rocky when Kirk was new to the company and trying to work his way through it.

If you are building relationships and you encounter someone you don't align with, start by listening to what they are saying. Be empathetic. Through time they will see your genuine intention of trying to build a relationship with them.

Kirk has a very personable personality. Socializing and connecting with other people has never been a problem with him.

Learning the art of social connection

Spend some time on reflection.

Kirk would set time at the end of each week to reflect upon the week. He reflected upon situations that he observed not only with himself but with his leaders and their interaction with other leaders.

He would pull up with them early the next week. They would discuss how he saw the situation that occurred and asks them to reflect upon that. It was important to talk it through because maybe he didn't have all the pieces, or maybe he misinterpreted it.

Through each one of those experiences, his leaders became more confident. You have to have little wins along the way.

As a leader, it's satisfying to watch your leaders grow and change their behaviors going forward, helping them see and watching the light bulb go off because you showed them how others interpreted their behavior, their words, their actions, even though they didn't interpret it the same way.

Over time, you mature not only as a person but in your job of being in leadership. In reflection, it was expanding or growing along the way.

Kirk recalled one of the difficult situations he encountered where they brought in 8 different leaders, with 8 different products and 8 different sets of metrics.

These were 8 different small companies that had to work together to make the customer experience the same regardless of the product or service. Kirk's goal was to drive a unifying vision and help them get through it.

What to look for when interviewing leaders

Look for leaders with a strong cultural fit and a personality that will work with the existing personalities on the team. Leaders who have the drive to continue to learn and grow.

If they have all that, bring them in regardless of the experience that they have because culturally they fit, personality they fit, and they've got the drive and the willingness to learn the platform and the product.

If you hire based on the skill set alone, and they introduce a personality conflict or they are not culturally aligned or as focused as your existing team, it's just a matter of time before either they leave or you ask them to leave. It's all about getting the right fit up front.

You can teach so many things but fit, alignment, personality, and drive don't usually fall into the teaching bucket.

What advice would you give your past self?

If Kirk could go back in time and talk to his younger self as a new leader, he would spend more time in self-reflection coupled with self-awareness. He does it weekly now. But he did it very sporadically back then.

Leaders should slow down to observe how many people are watching them on the way they behave and lead. Specifically when things aren't going well. That's when people are looking at leaders to lead.

Don't wait for a relationship until you need it. Be confident in your abilities. Be empathetic. Be decisive.

Being decisive comes with time and it's called intuition.

As you grow in your leadership roles, you all want to make fact-based decisions. But in many cases, there's going to be some mixture of intuition based on the skills and where you've been in your life and career.

If you are not experienced enough to be able to incorporate intuition into your decision-making because you're early on in your leadership role, it's okay to make mistakes as long as you learn from them. You just have to monitor your progress and react quickly if you see it going the wrong way so that you can adjust.

Kirk's CEO at the previous company making the transition from managed services to SaaS had this kind of environment where it's okay to make decisions and make mistakes.

You could see the relief on the team as people knew it was okay to make decisions. The fact that they knew that was there and they could maneuver through created a much better culture.

However, even inside those environments, sometimes it's still hard to be vulnerable because you will still be making a mistake. Even though somebody else said to make a mistake, it can still be a little bit of a challenge.

You can overcome the challenge with the right mindset.

Leadership is like golf and poker. You can never perfect it. But you can always get better. You think about the best golfers and the best poker players, they lose more than they win. But they win more than anyone else. They grow by looking at the lessons that they learned and the experiences they've been through. 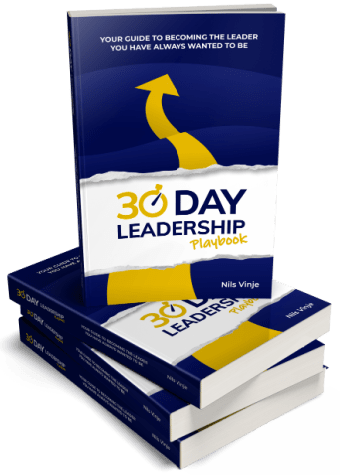 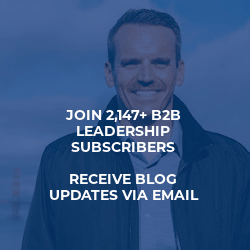